Where to start!? It was a massive day at the MSA today and despite the exhaustion that hit us all as we left the park early this evening we can certainly be satisfied that everything went off without a hitch.  Or at the very least no one complained, so this is a win in my books. 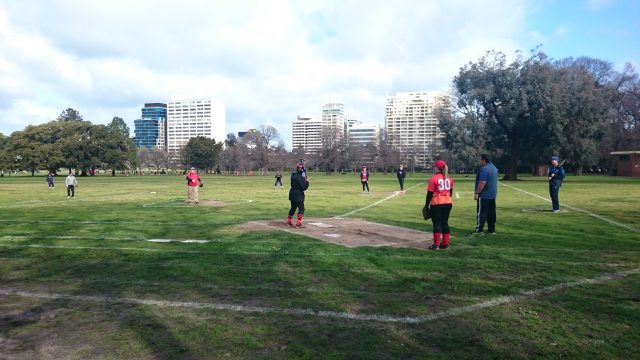 We had our NAIDOC Slowpitch game from 11am, and we’d like to thank the Indigenous community for supporting the game, as well as the MSA members who took  to the diamond to play, cheered on from the sidelines or manned the BBQ for the hungry masses afterwards.  None of this would have been possible without the support of both groups and we offer our thanks for helping us to make the occasion an enjoyable one for all.

While all the softball action was happening on Diamond 7, inside the pavilion we had a task force of former players and administrators sitting down and going through the stacks of memorabilia and photos that had been collected over the years.  It was a humbling experience to be in the same room as some of the greats of the game and listen to the stories they had to tell. We loved having them in the park today, and we can hope that they also enjoyed themselves. A huge amount of work got done, but there is still plenty left to do and we’d like to offer our thanks to Angela Broadbent from the Werribee Association who has been one of the driving forces behind  the push to digitise our Victorian softball history for future generations to enjoy.

Thanks to our MSA members for putting up with the inconvenience of reduced access to the clubrooms while the task force was on, in particular when the weather turned slightly wet and they were left to huddle on the steps. We’ll try and order better weather next time! 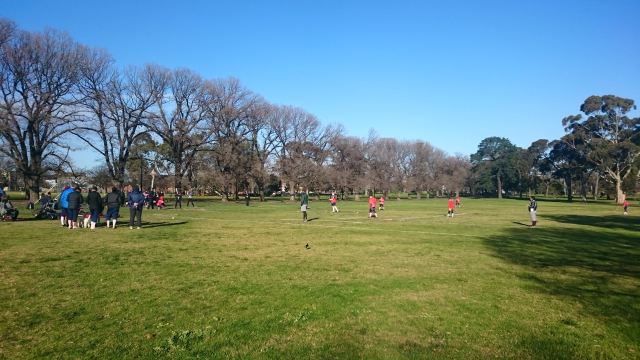 On top of all that we had 5 games of fastpitch in the park today, the girls having to endure some light rain (Editor: I’ve been informed that the ‘light rain’ was actually hail. Semantics! :))  during the latter half of the 1pm game, and a nasty cold front that came through soon after. Fortunately Melbourne behaved as normal and we had bright sunshine 20 mins later.

Next weekend sees our Diamond Classic on from 10:45am, so come down and see if the MSA All Stars can knock Panthers off their perch.  The Panthers girls will be selling raffle tickets as a fundraiser for their trip to Ulverstone for the Tassie Fastpitch Classic, so be sure to grab yourself a ticket or two and help them get down south.