Layne was born in New Zealand and came to Australia in 1972 for six months and never returned to live in the country she was born.
Layne played softball for the Saints Club in New Zealand and her love of the sport soon became evident as she joined the Bears Softball Club as a player and after her retirement and the passing of the Foundation President Esther Deason, M.B.E. became the administrator for the Club.

Layne played representative softball for Melbourne a number of times, playing mainly third base. She also held the position of Coach of the Open Representative Team.
Layne became Treasurer of the Association a position she held for a number of years.

Layne was the first recipient of the Melbourne Softball Association Service Award presented for service to softball at Fawkner Park.

Before she passed away, Layne ensured that Softball would be rewarded for the enjoyment and friendship she had experienced for many years.

The Executive has agreed that the last Sunday in July each year will be celebrated as the Layne Amaru Celebrations, encompassing a fun filled day. 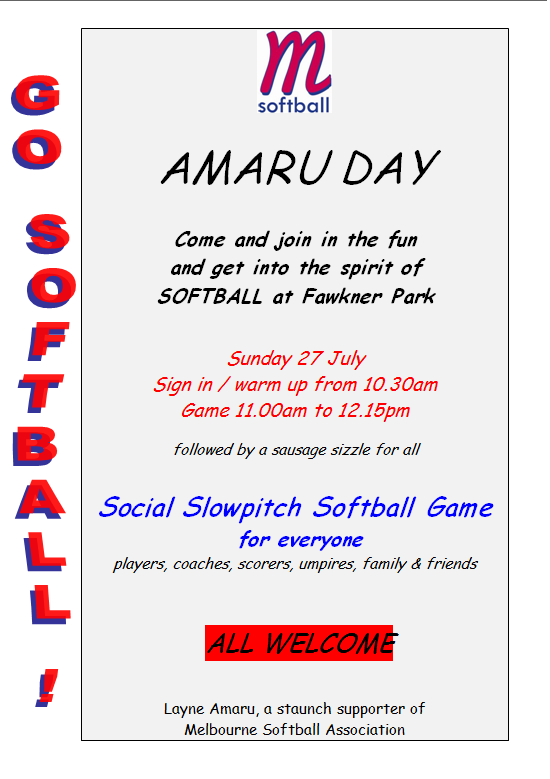