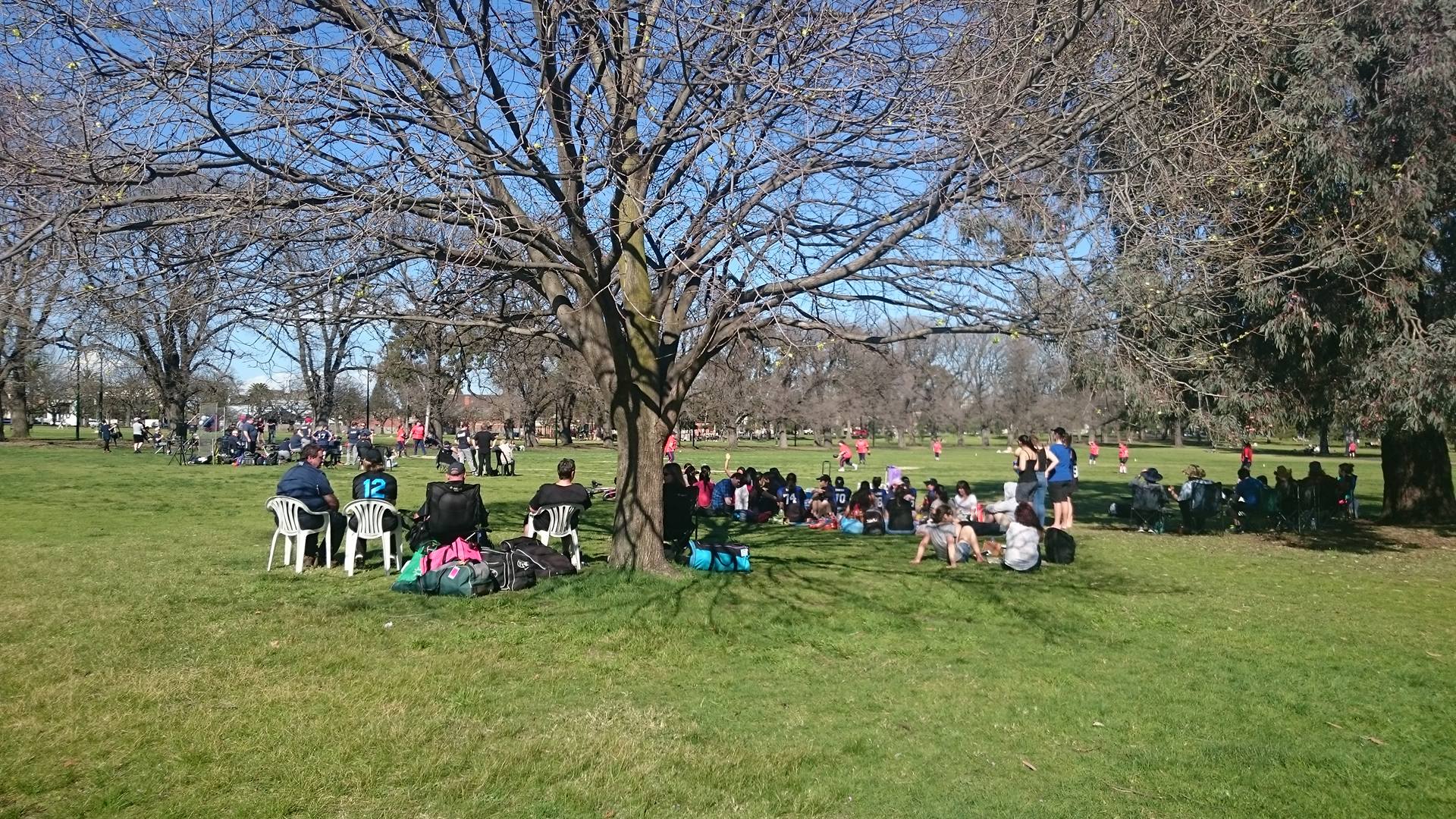 For the umpteenth (yes, that’s a real word) year in a row (ok, so maybe it’s 5) the MSA Exec managed to pull some strings with Mother Nature and had her turn on a glorious day. The sun shone from start to finish on what was ultimately a very long, but rewarding day for all of us.

The B Grade ladies started things off with the early slot. The game was tight for the first four innings with only a run or two in it before Monash took their foot off the brakes and put the game out of Melbourne University’s reach. In the end Monash comfortably took the game out 13-3 in 6 innings.

Melbourne Warriors and Red Devils slugged it out in the A Reserve final and again it was a game that saw a lot of runs scored. Red Devils took it in seven innings with a 19-12 win.  (Editors note: if anyone who saw the game has more info than that, hit me up with a brief report and I’ll amend the above)

Wingers Red never really got onto the main game against Panthers, shut out from almost the first innings when Panthers went on a run scoring spree that saw them roll through their batting lineup with ease. They wrapped the game up in four innings with a (very) convincing 17-0 scoreline. That was the 4th grand final win in a row for the Panthers and they are certainly the team to beat next year.

Congratulations also to Kathy (Panthers) and Danielle (Melbourne University) for their Duyvestyn Service Awards in recognition of their Service to Softball at Fawkner Park.

I know I can speak for the rest of the MSA Executive when I say a sincere thank you to all those who were there on Sunday and during the course of the season, be it as player, spectator, umpire, or executive member.  We may be grumbling by the time we shuffle back to the car on a Sunday evening but we come back time and time again because we love the game and want to see it flourish and prosper. The continued support of our members and their desire to play softball and to see us to continue to play at Fawkner Park is both heartening and humbling and is what keeps us coming back year after year.

The MSA will be back in the park for our midweek Corporate Slowpitch Competition from Nov 10th and we’d love to see some new faces there. There aren’t many better ways to spend a warm summer evening than hitting a ball and having a laugh. If you think you might be interested then sign yourself up to our mailing list and we’ll keep you up to date with all the competition info. Slowpitch Information and Mailing List

Good luck to all those heading off to their summer associations and we’ll see you all back for the 2016 Metro League.